It is a full day excursion which consists of sightseeing of the Perito Moreno Glacier.

We will depart from El Calafate, go round the southern bank of Lago Argentino, past Bahia Redonda, where a great variety of avifauna can be seen. We will go along the Patagonic steppe during the first 40 km, and then enter Los Glaciares National Park, which is plenty of trees that are typical of this region such as the ones belonging to the family of Nothofagus (ñires, lengas, cohiues) and others such as calkers, notros and cinnamon trees.

Once in the glacier, we will go to the main vantage point to later go sightseeing until the time previously arranged with the guide. Different perspectives of the glacier will be enjoyed from the various viewing points.

The Park is equipped with a service area including a restaurant and a snack bar for lunch time.

Visitors will have the possibility of sailing for an hour near the glacier walls, being able to see the height of its front part. 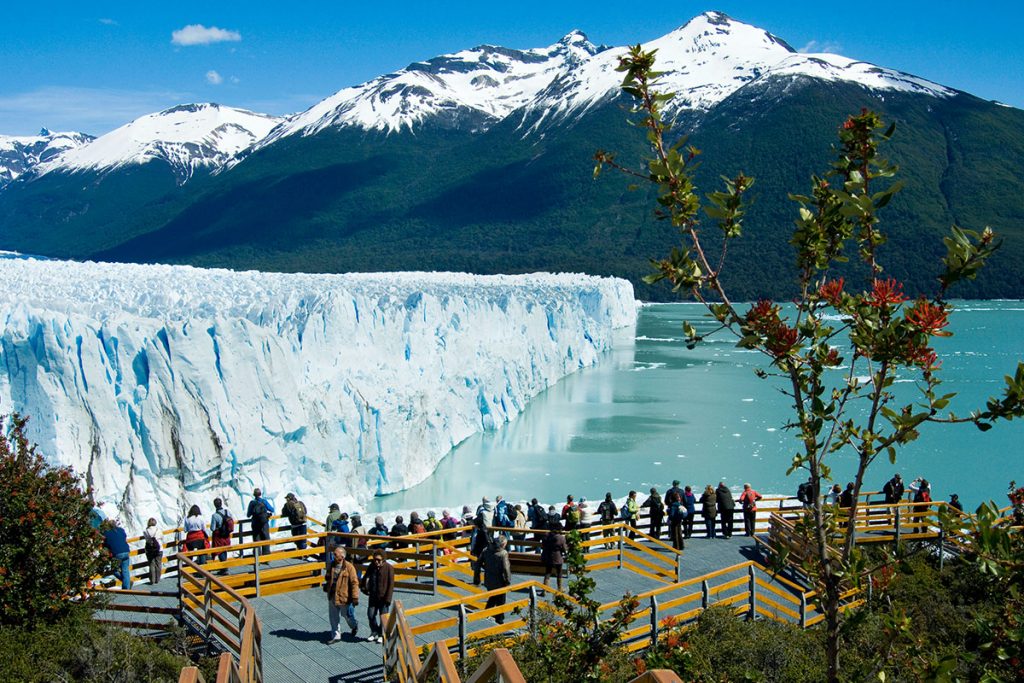 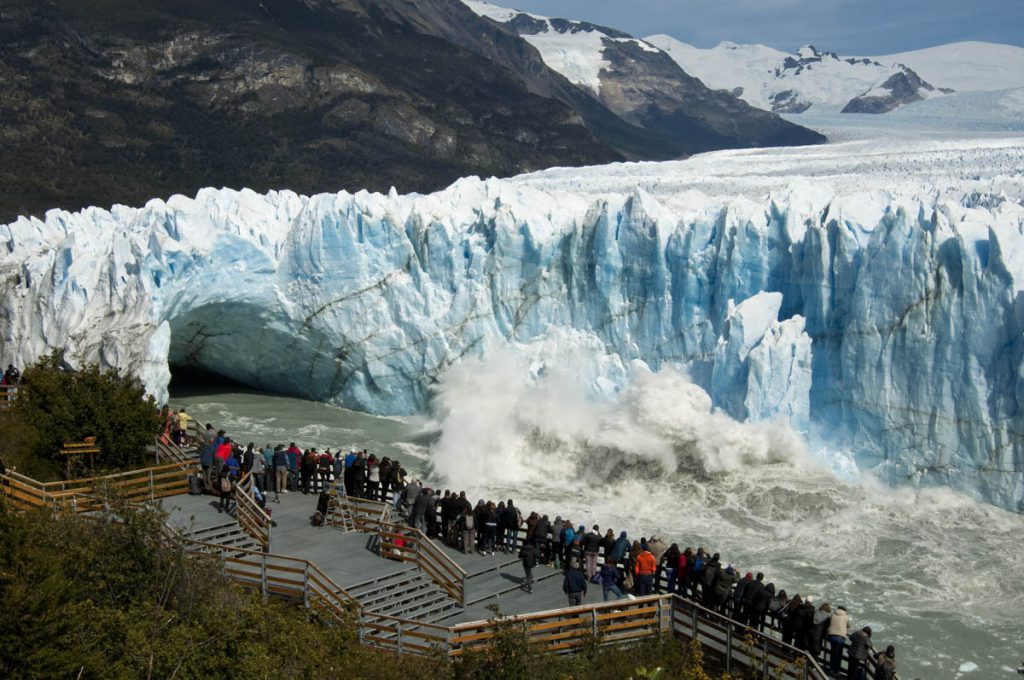